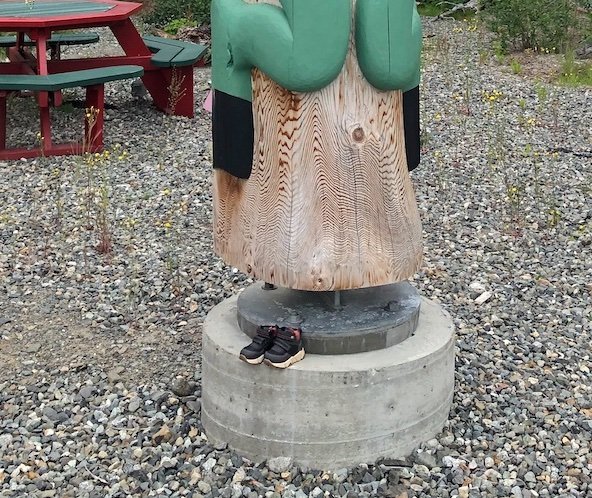 On a recent trip to Whitehorse to visit our daughter we took a day trip to Carcross, a small community about an hour away. While there we visited the new cultural centre built and maintained by the Tagish people. There is a wonderful display of totems outside, and we admired them for quite some time. Yet it took a while to notice that, at the bottom of one of them was a small pair of children’s shoes – a poignant reminder of the crisis of identity we are having as a nation. They represent one of the hundreds (probably thousands) of children who were taken to concentration camps by the government (we politely called them “schools”) and who did not return. No one knew, officially, what had happened to them.

I looked at those shoes. And they hit me in the guts. I’m white. I will always be white. I wil always be a part of the group of people who came here, stole the land, and imposed a culture onto others, killing many of them in the process, and destroying the hopes of many.

Somehow saying “I’m sorry” doesn’t feel like much. But I am.

And seeing those shoes reminds me of the work I have left to do.