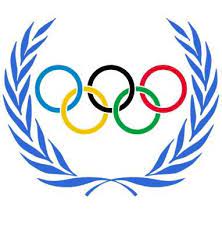 A Roman Catholic priest has been banned from speaking publicly after preaching, on several occasions, that “the poor often lie to get what they want.”

Yet another white person has been arrested for yelling profanities at a young Asian person, telling them “you brought Covid-19 here. Go home.”

The owners of the Cleveland baseball team has finally changed the team name to The Cleveland Guardians. I have to admit that while I think this is a brilliant change, and I admire them for making it, I have a feeling that the primary motivator was not justice and fairness but economics.

The world we live in is not a great place.

And yet, behind it all we have the Olympics going on in Tokyo. I know, hardly anyone can go there to watch them, and it’s weird to see the coverage on TV and not hear massive, spontaneous outbursts of applause when an athlete does something particularly astonishing. Yet I’m glad they’re happening. And frankly, I think it’s a bit of a bonus that they’re happening in Asia.

The Olympics provide us with an opportunity to stop and watch the world at play. At the opening ceremony I always get a thrill when tiny countries like Nauru and Tonga enter the stadium as equals to the huge teams from China and the USA. And I get excited when someone wins – no matter who they are. Let me be clear: I loudly and proudly cheer for Team Canada. But at the end of the day, I am happy that these athletes are playing together.

I get a lump in my throat when the athlete from Russia goes to hug the Japanese winner of the men’s overall gymnastics. I love to watch the amazing skill of the women from Fiji’s Rugby Sevens team (even though I would be happy to see Canada win). And I’m thrilled that, as of the point of writing this, all the Canadian medals have been won by women.

Yeah, the Olympics have gotten insanely expensive, and they include some things that are questionable as “sports” (let’s face it, the athleticism involved in horse jumping or target shooting is substantially different than that involved in rowing or gymnastics or sprinting!) Yet they show us the world at play at a time when there is so much anger and mistrust in our world. I can’t help but think this is a good thing right now.