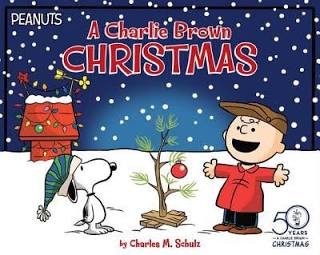 Fifty-five years ago today “A Charlie Brown Christmas” was shown on television for the first time. I was only 6, but I remember watching it, as I have done every year since.

The message, so poignant today, seems extra powerful when I think that it had a place back in 1965. In that seemingly innocent era, Charlie Brown told Linus, “Maybe I just don’t get Christmas at all.”

Linus responds by going and standing alone on a stage. The lights are dimmed, and in that amazingly child-like voice he proclaims the words of Luke 2. “That’s what Christmas is all about, Charlie Brown,” he states when he’s finished.