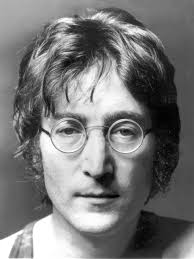 John Lennon died 40 years ago today, shot outside his New York apartment building. I remember that day, and I never know how to feel about it all.

It was the end of an era, to be sure. Time magazine showed a picture of Lennon on their cover and quoted the line from American Pie, “the day the music died.” For all of us who grew up in the 1960’s, it was a blunt statement that the grooviness so many of us remembered from that era (forgetting for the moment that thousands were killed in Vietnam during this period of peace and love) was over.

And so the lyrics of Lennon’s famous Christmas song ring ever louder and ever more clearly today: “And so this is Christmas, and what have you done? Another year over; a new one just begun.” Time goes on in cycles, and challenges us to do something with the precious gift of time we are given.

John Lennon taught us a great deal. He showed us that one could find ways to overcome the horrors of a difficult childhood (he often referred to his upbringing as pure “shite,” spelled with an “e” on the end). He never gave up on his fight to live in the United States, even though he had the entire strength of the government against him (and he won in the end). He overcame some pretty serious addictions, and managed to maintain a sense of humour through all of it.

Another line from his Christmas song echoes for me in these days of the Covid-19 pandemic: “A merry, merry Christmas, and a happy new year – let’s hope it’s a good one, without any fear.” As we prepare to move into 2021, and as we begin to move into the use of vaccines to stem the horrific tide of this disease, it’s good to remember those words.

Thanks, Mr. Lennon, for the dose of reality you gave us all.